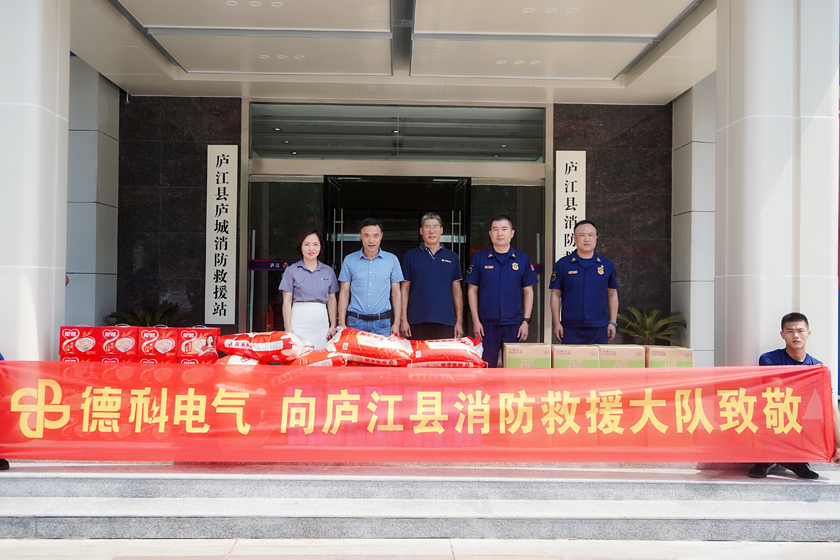 Fire safety work is related to the life and property safety of the country, society, enterprises, and employees. Fire officers and soldiers are one of the groups that

suffer the most in peacetime. At 10:00 am, July 31, 2021, accompanied by Zhou Jiayu, Director of the Social Affairs Bureau of the Administrative Committee of

porridge, etc. The materials and supplies visited the fire rescue brigade of Lujiang County, Hefei, and sent a care for the local fire officers and soldiers. 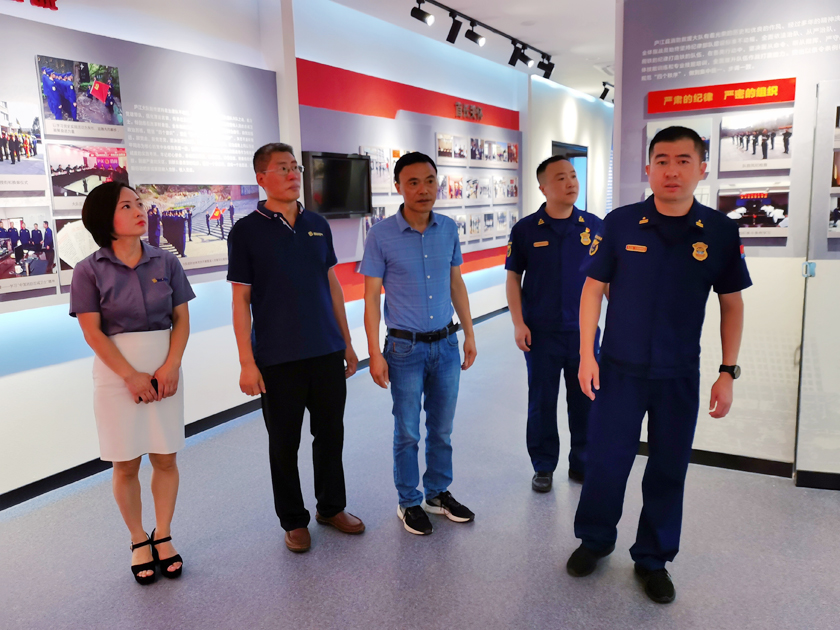 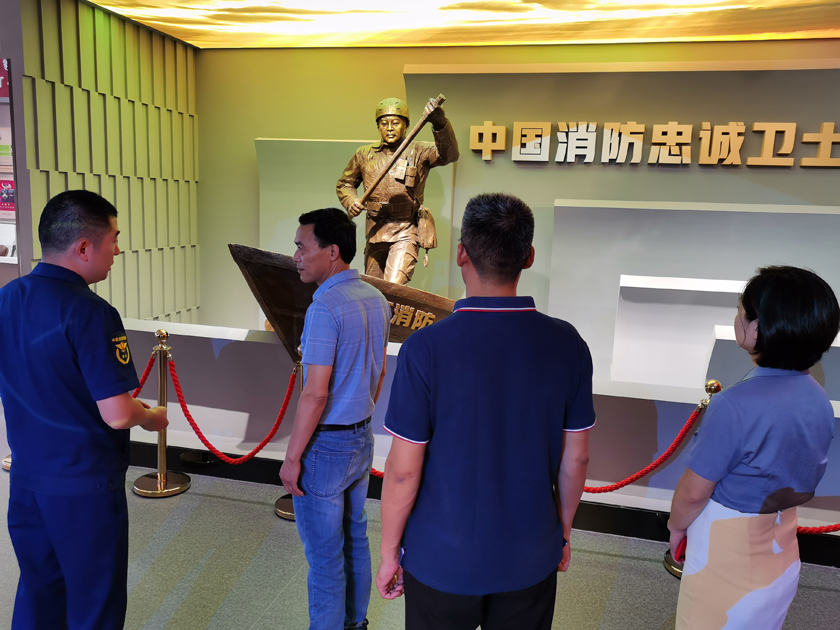 flooded in the puddle. The lives of more than 6,000 people were facing serious threats. At the end of the day, Chen Lu, who had been fighting for days and his

knees swollen like a steamed bun, jumped onto the first boat and acted as a pioneer. However, the water level drop on both sides of the dam suddenly increased

sharply, forming a 3-meter-high "rolling dam." Chen Lu's rubber boat was suddenly caught in the whirlpool and sacrificed heroically. After Chen Lu died, he was

approved as a martyr by the Ministry of Emergency Management, and he recorded first-class merit. He was posthumously awarded the "National Outstanding

Communist Party Member" at the National "Two Excellence and One First" commendation meeting held on June 28 this year.

In order to deeply cherish the memory of Comrade Chen Lu and promote the heroic deeds, the Hefei Fire Rescue Brigade set up the Chen Lu Memorial Hall at the

Fire Command Center of Lujiang County. "The pavilion is divided into four sections: "Rapid Currents", "Inheritance of Family Tradition", "Rooting in the Grassroots",

and "Protecting the People's Safety". "By collecting the language, video data and personal belongings of Comrade Chen Lu during his lifetime, we will display and 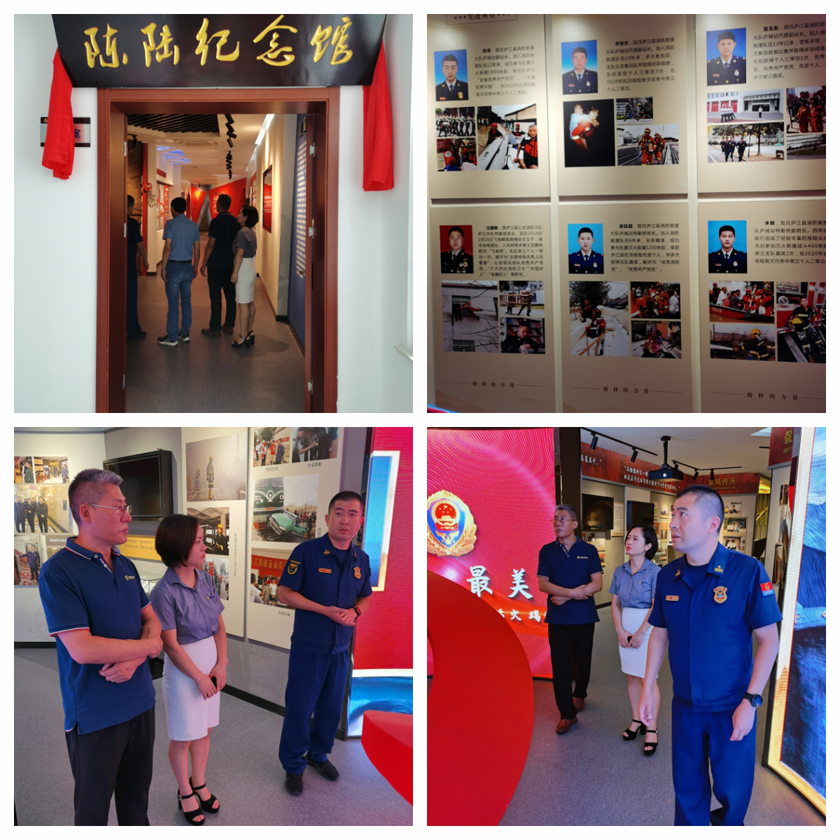 Finally, on behalf of the company, Mr. Shi expressed his gratitude to the Lujiang Fire Rescue Brigade for its support and assistance in enterprise fire safety,

and said that he would continue to support the fire protection cause, and further consolidate the good situation of military-civilian unity and harmonious construction! 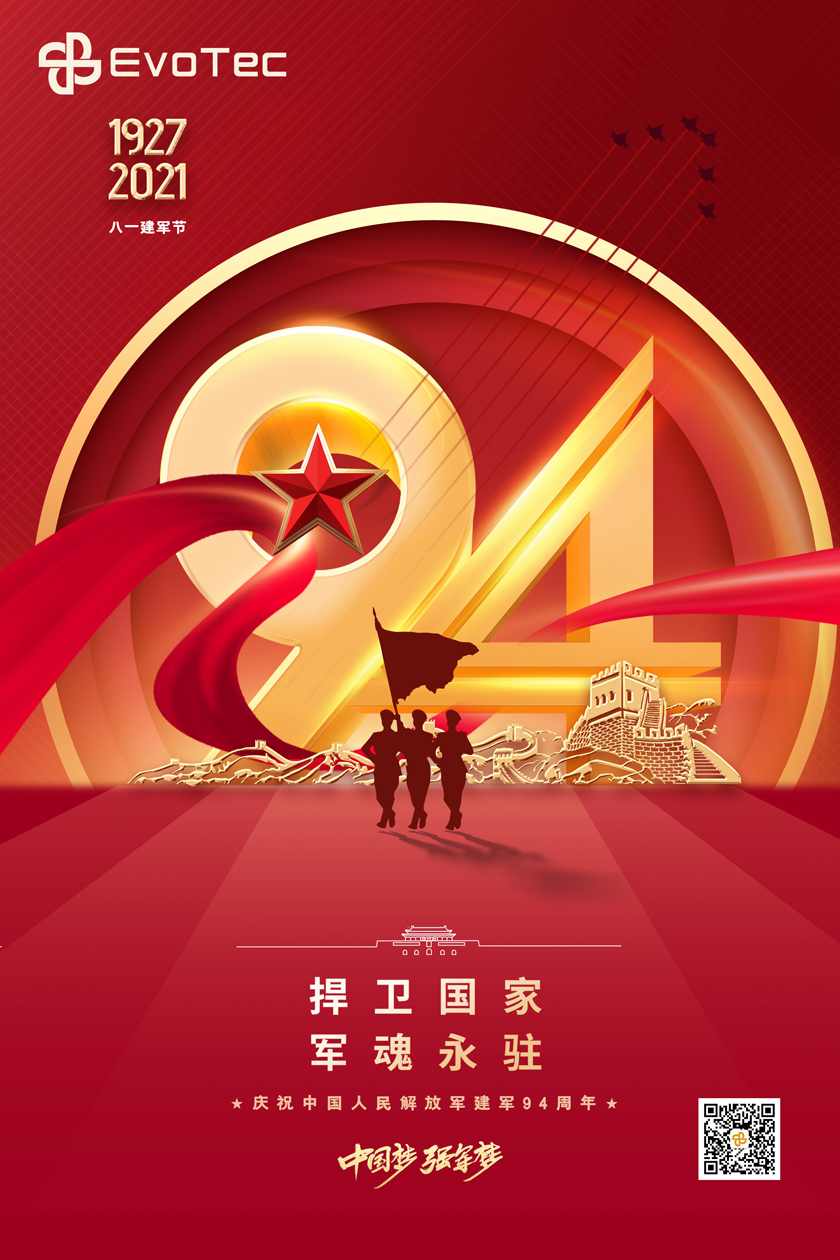